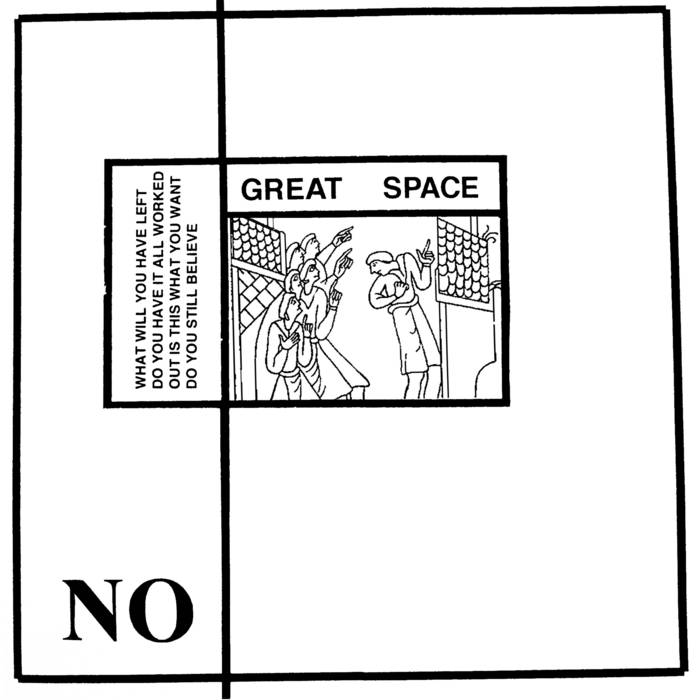 "After releasing one of the best hardcore records of 2012, No return with their second 12", The Great Space. No has progressed immensely since their first record, honing in on their sonic assault and pushing the boundaries of what they are capable of producing. The songwriting on "The Great Space" is well-crafted, while still sounding incredibly chaotic and vibrant. The vocals gnash and gnarl, while the band cranks out every song as fast and as hard as they can. No gives the illusion that things are on the brink of completely falling apart. But, this is where they truly excel; No can reel the listener back in from the point of destruction and take them where they never thought hardcore could go. This is the new breed of UKHC. No is planning on infecting the USA with their hardcore overload this Spring with USHC road warriors Stoic Violence. Mastered by Daniel Husayn for maximum earslaughter." - Branden Hutchins