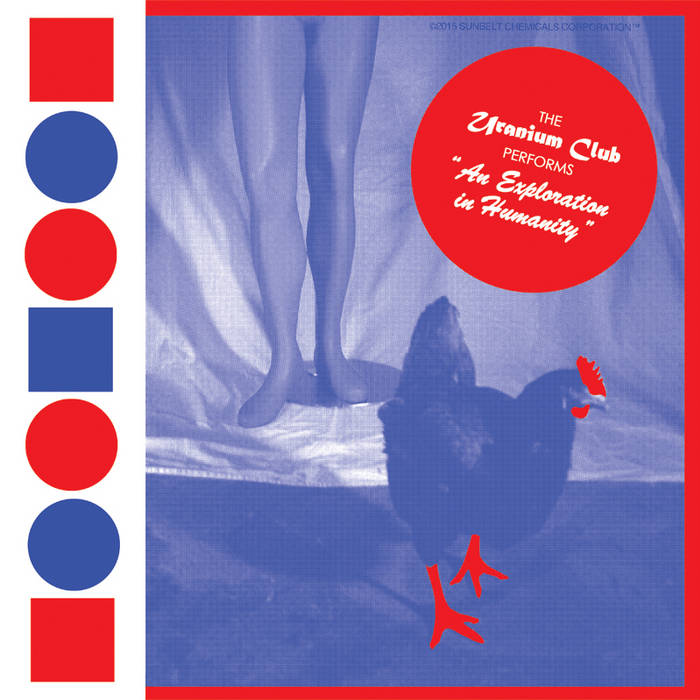 speedy ortiz energy, precision of the game, and they have the power to make my legs and my arms move in a jerky movement like a crazy robot. oh yes, I forgot: if you like Uranium club, then listen to Pinch points on Band Camp! ! Favorite track: The Misadventures Of Prissy Krissy.

Brian Ashton Being conceived on the cusp of the 80s, I've always been attracted to music of that time, namely post-punk and new wave just before the pop world consumed them. So discovering Uranium Club made my ears happy. Listening to them transports me to the late 70s/early 80s. Comparisons to the early days of Talking Heads, Devo, Gang of Four, maybe even Dead Kennedys a tad...when bands still relied on analog instruments, pre-computerized recording techniques, yet experimented with synths and early electronic drum kits and drum machines, these comparisons are understandable but make no mistake that the Uranium Club is making a noise all their own.
So few bands talk about modern social and political issues with the degree of sense of humor like those did in the late 70s. Nonsense on the surface, but wipe that away and that's the picture of modern society. Facebook and the News fills our daily lives with nonsense to distract us from what's really going. But really, do we want to know what's really going?
I'd rather shred my ear drums with razor sharp treble drenched guitar stabs and forget about it all. Favorite track: Sun Belt.
more...

"Originally released as a cassette, the debut from Minneapolis' Uranium Club is now widely available as an LP. Uranium Club play a kind of minimalist, agitated, catchy punk rock that reminds us of Wire before they released 'Pink Flag', but with an extra snotty attitude and bundles of energy. For a more recent comparison try early Total Control or the Shitty Limits. Each of the seven tracks on here explode from the vinyl, with each track more energetic than the one before, and they'll all be stuck in your head for weeks afterwards."

Available in the USA from Fashionable Idiots records.