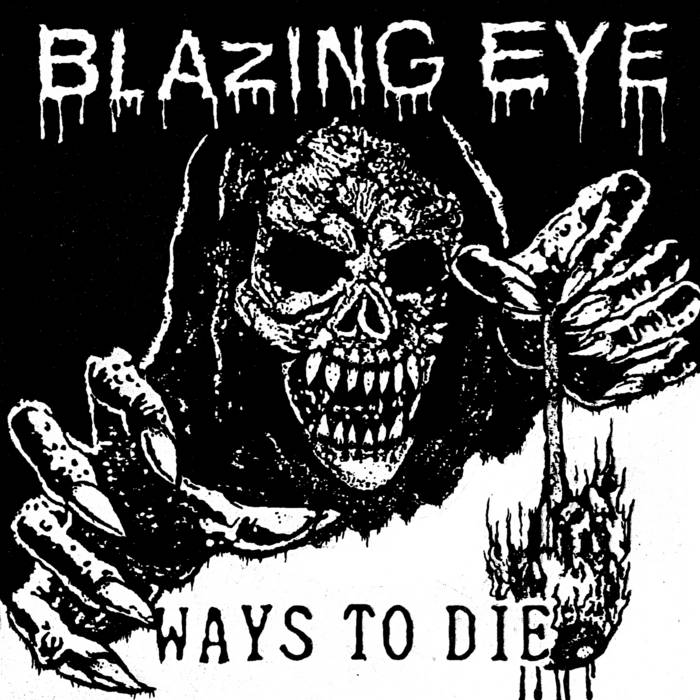 After what has seemed like an eternity and an extremely long journey (including 90% of the initial pressing of the record mysteriously disappearing in transit), Blazing Eye's most recent recording secures their place as one of Los Angeles's best hardcore-punk bands. Propagating punk as true and original as bands the likes of G.I.S.M. and Siege, Blazing Eye sets forth with their strongest release since their 2013 demo. It's a banger for sure and I'm happy that this record is finally a reality.

A one time pressing.